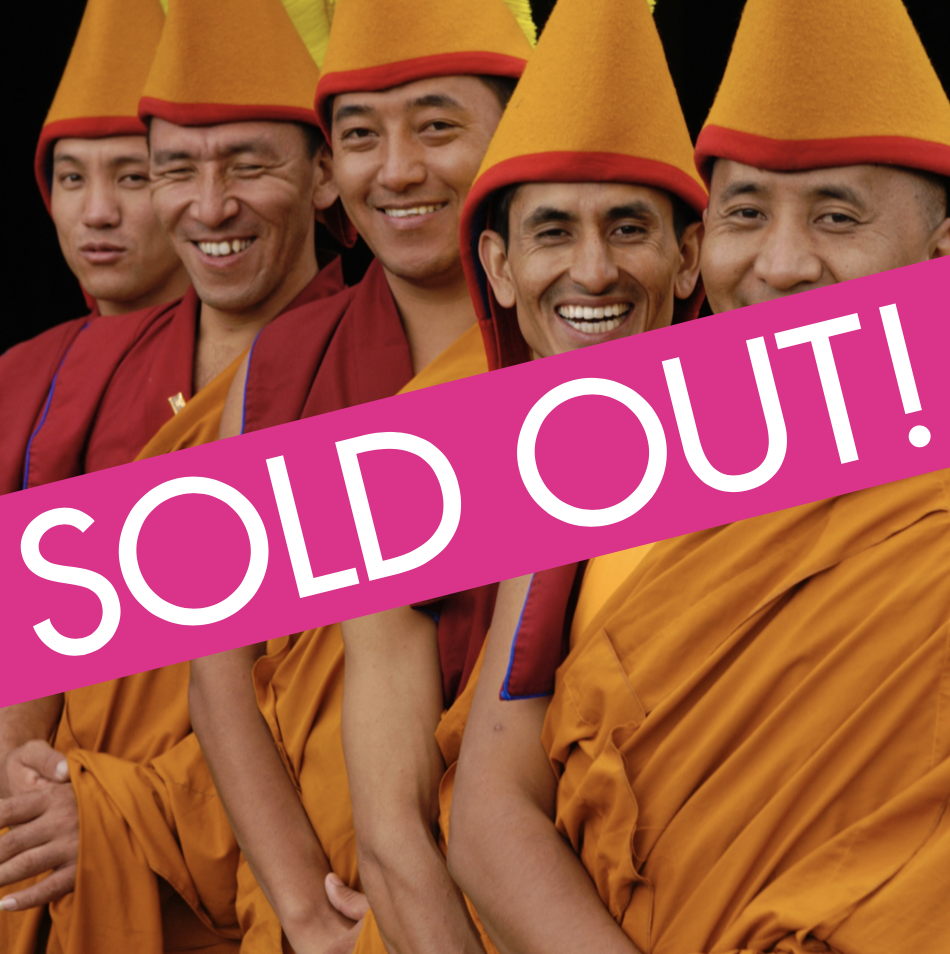 THE POWER OF COMPASSION – SACRED DANCE AND MUSIC FROM TIBET

Founded by the first Dalai Lama in 1447 in Shigatse, Central Tibet, Tashi Lhunpo is one of the most important monasteries in the Tibetan Buddhist tradition, and is the seat of the Panchen Lama, the second most important spiritual leader of Tibet after the Dalai Lama.

Now re-established in exile in South India, with the support of the present 14th Dalai Lama, it is one of the major centres of Buddhist learning, best known for its unique tradition of masked dances and sacred music, the first in the Gelug or Yellow Hat school of Tibetan Buddhism.

Join us on Tuesday 8 October for a peace mandala hands-on workshop. Come along to LAC at 5pm – no need to book. We will then destroy the mandala before the performance on Wednesday.