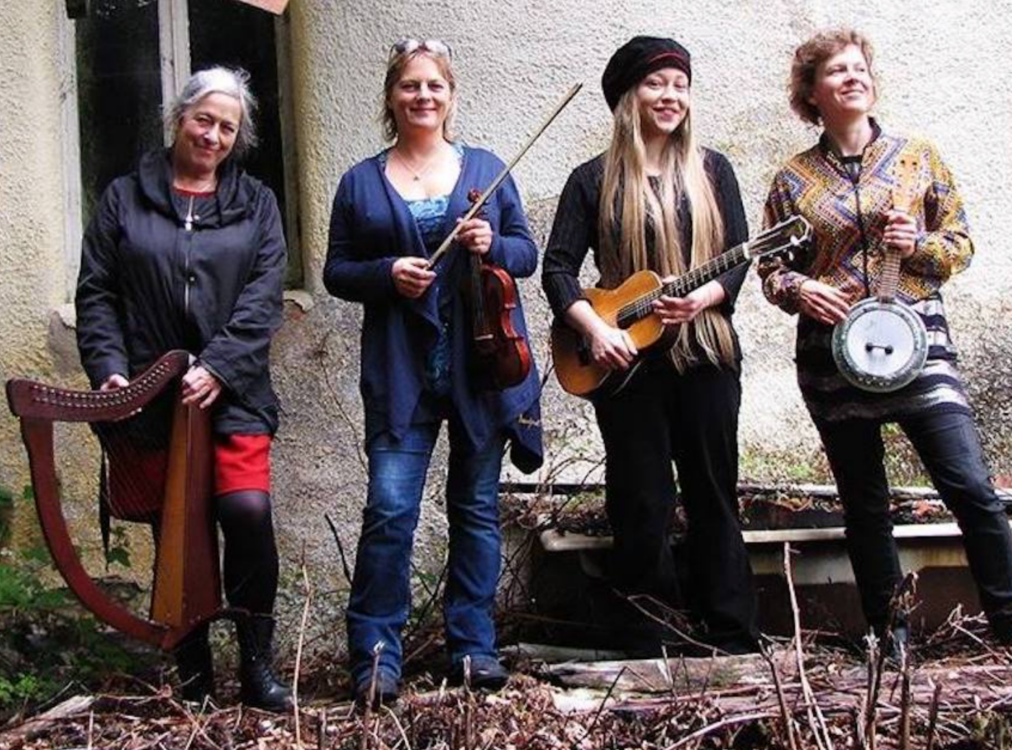 The Poozies are a British all-female traditional folk band formed in 1990. They were at the forefront of a wave that revolutionised traditional Scottish and Gaelic music in the 1990s and they’re still touring and wowing audiences today.

They are Mary Macmaster on vocals and Camac electro-harp, Eilidh Shaw on fiddle and vocals, Sarah McFadyen on fiddle, banjo and vocals, and Tia Files on guitar, fiddle, vocals and bass drum.