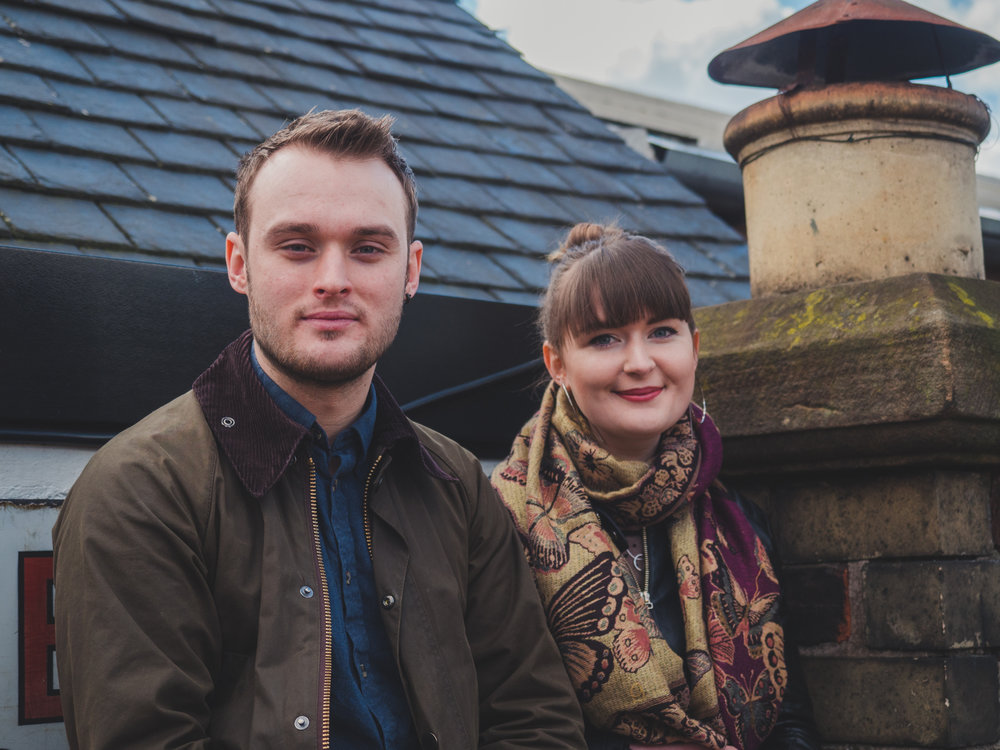 2017 BBC Radio 2 Young Folk Award Winners Josie Duncan and Pablo Lafuente are a vocal/guitar duo like no other. Calling the Isle of Lewis and Spain home respectively, it’s no wonder that their music doesn’t focus on one place or one of the many strands of Scotland’s web of traditions.

They are well travelled and well versed in music from across the land. Delving through Gaelic, Scots and English their music is a round tour where centuries old ballads meet Gaelic puirt a beul songs from the mines and cotton mills as well as some original writing.

Josie Duncan is a recent graduate of the Royal Conservatoire of Scotland where she studied with some of the masters of the Scottish and Gaelic traditions. She’s toured extensively performing at festivals and venues in Europe, Canada and America. Her other projects include a collaboration with innovative Gaelictronica band Inyal, and Blasta, a showcase of singers of the Isle of Lewis commissioned by this year’s Festival Interceltique de Lorient.