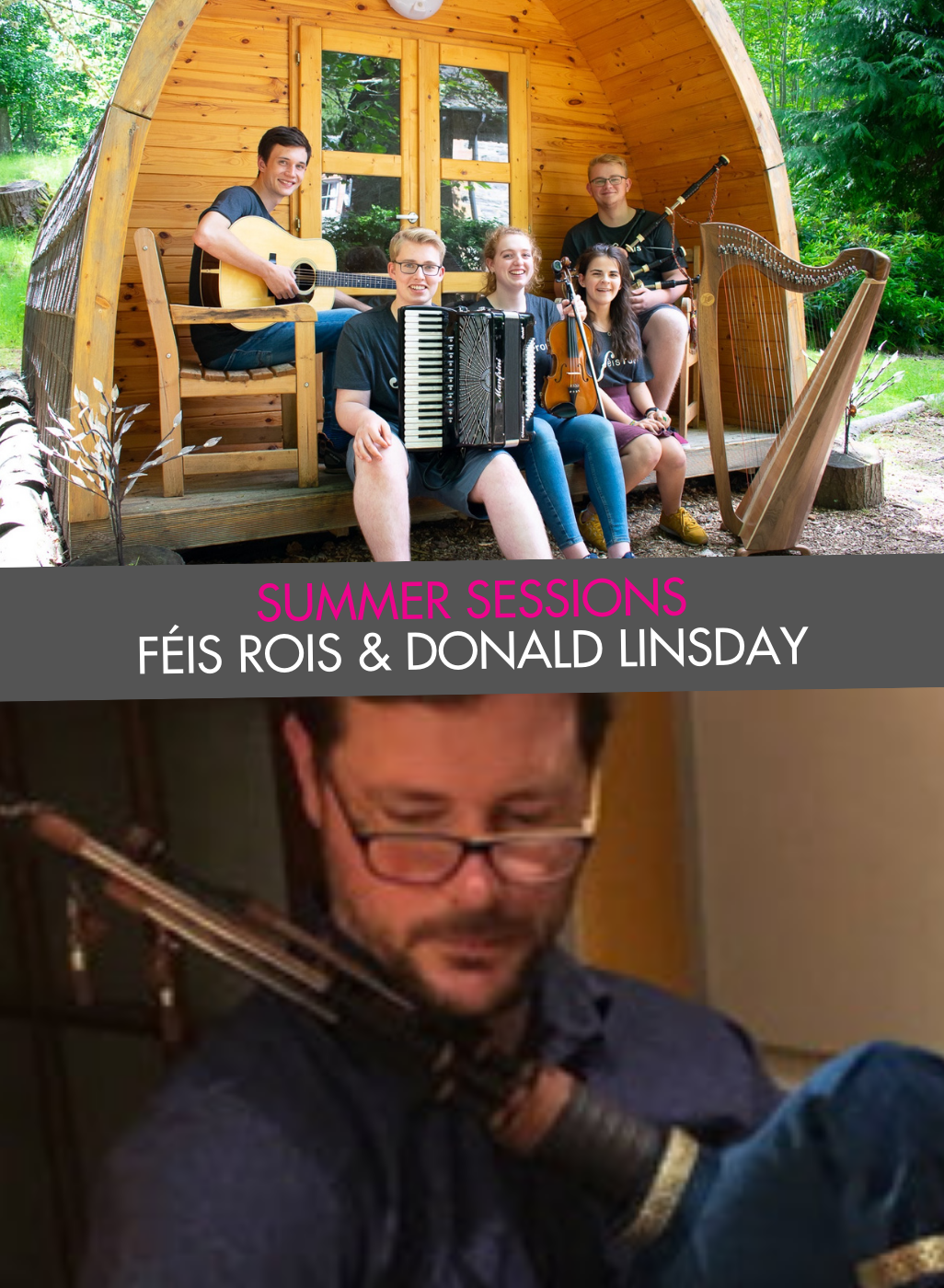 Fèis Rois
Fèis Rois is excited to bring back its Ceilidh Trail, a paid summer job and professional development opportunity for outstanding young traditional musicians. The young musicians spend the summer playing music, travelling throughout Scotland and beyond, and gain experience playing for just about every kind of gig under the sun!

Donald Lindsay
Donald WG Lindsay is a Scottish musician and traditional singer, and a musical instrument designer/inventor best known for developing the Lindsay System for Scottish smallpipes. This special gig will preview “How’ve You Been?” – a series of new compositions on the newly developed “Lindsay System” Scottish smallpipes, with accompanying video, exploring the transition from Ascension Island, South Atlantic, to Scotland, following two years of effective isolation from the outside world.

Tickets are free and there’s no need to book. Please access the Rosebank from Bankhead (opposite the Co-op).