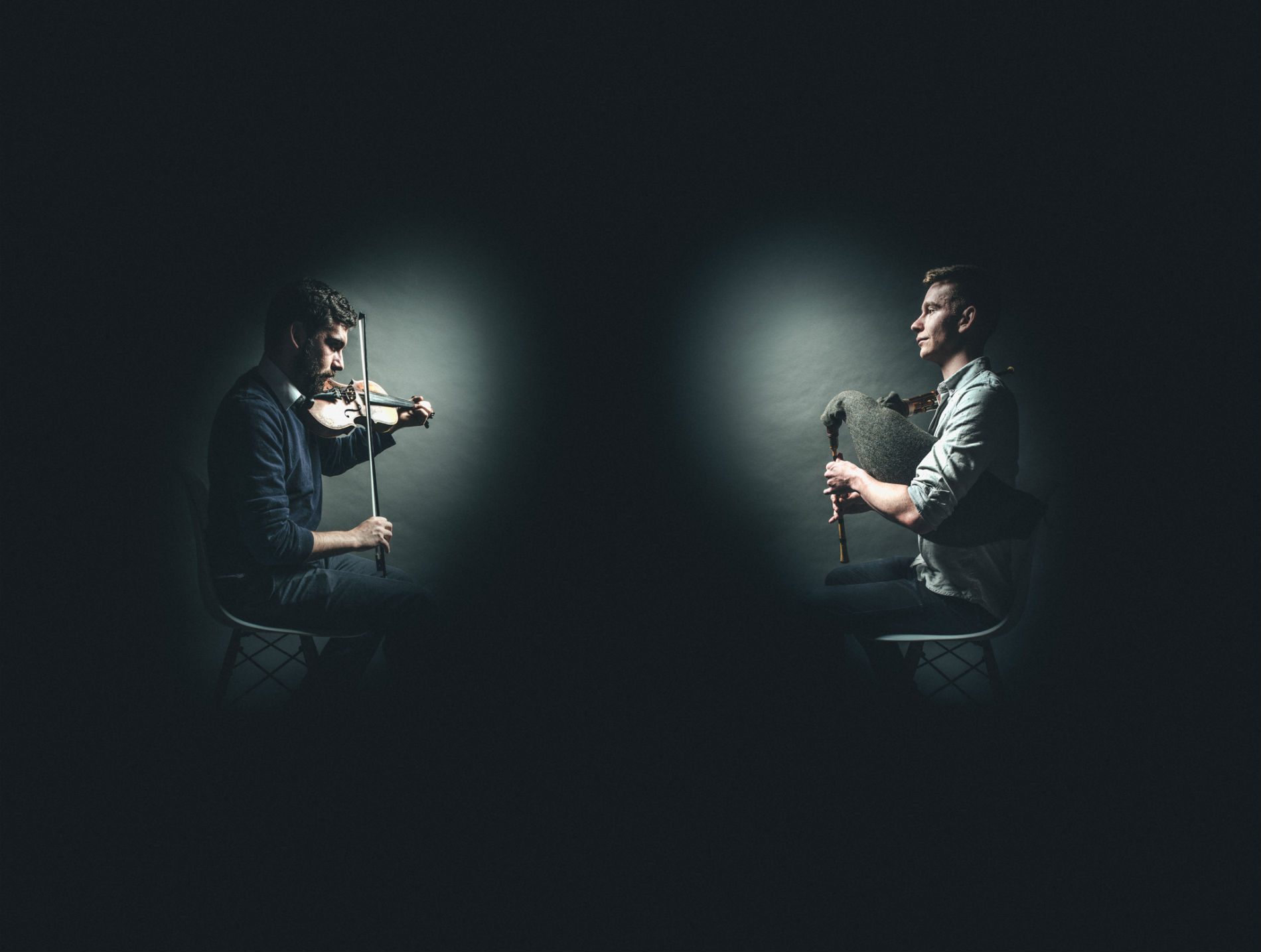 The musical partnership of the Scottish Pipes and Fiddle is one that is quintessentially and historically Hebridean.

Jamie MacDonald and Christian Gamauf have taken this format and incorporated influences from all over the world to create their Debut Album, The Pipe Slang. They met while living and studying on the Isles of Uist and began playing together at local concerts and events. After performances at Ceol on the Croft, Celtic Connections and Celtic Colours Festivals, the duo have now released their Debut Album, taking it on tour in 2019.