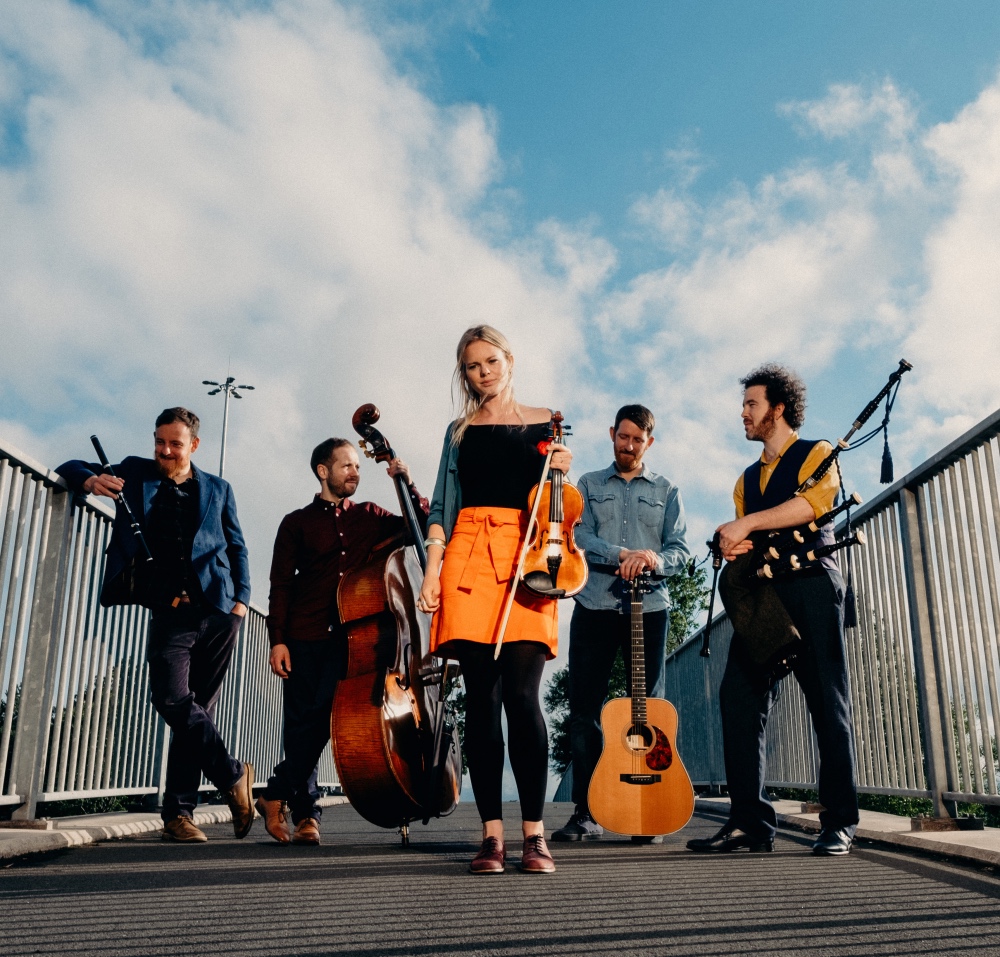 Breabach continue to build their reputation of being at the forefront of the UK’s world and roots music scene with performances across the world throughout 2018. Alongside tours in Australia, Canada and Europe, the band also released their 6th studio album ‘Frenzy of the Meeting’in October.

The band who won BBC Scotland Album of the Year 2016 for their last album ‘Astar’ also clinched Band of the Year at the same awards. Their unique musicianship, combining twin bagpipes, fiddle, bass and guitar with Gaelic vocals and step dance has won them fans across the globe and saw them once again nominated as finalists in both the 2017 BBC Radio 2 Folk Awards and the Songlines Music Awards.

Having traversed the world, Breabach have appeared at festivals and venues ranging from Sydney Opera House to Central Park, New York will perform as part of a UK tour where audiences can hear firm favourites alongside material from the new album.